Market Update - The Debate Over Guns or Butter Returns 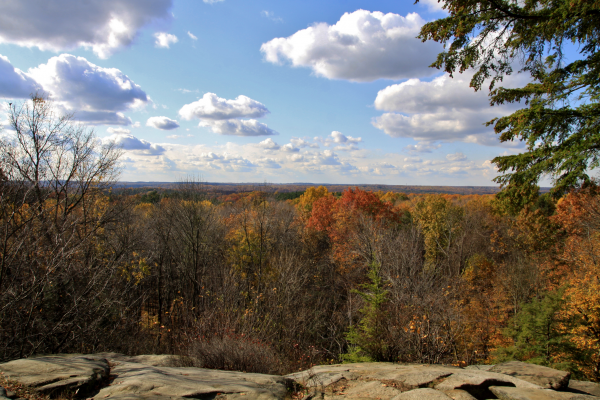 For a Printable Version of this commentary: CLICK HERE (337 KB PDF)

The Debate Over Guns or Butter Returns

The Russian attack of Ukraine will redefine national spending priorities for the foreseeable future.  This has important implications for investors.  While many see the invasion as the opening salvo of a new cold war, the reality is that one has been underway for a long time, just not politically acknowledged.  The Russian aggression makes this reality unavoidable.  President Putin exploited the West’s tolerance of a post-Communist Russia and reaped appeasement for his authoritarianism.  No longer will Russia be naively expected to join the international community of democratic nations.  For investors, a shift in governments’ spending priorities should provide secular support for specific industries, stall much needed reforms of entitlement programs and frustrate a broader social agenda.

US equities are essentially flat since the invasion of Ukraine, but that does not imply the market is doing fine.  The S&P 500 Index was down over 9% prior to the onset of the war.  Continued uncertainty and spiking oil prices have added to the volatility.  It is easy to blame the conflict for poor year-to-date returns, but global economies were already slowing due to inflation, higher bond yields and tighter monetary conditions.  The combination of the military conflict and slowing economies has driven a shift to a ‘risk-off market’ positioning.  Assets deemed safe, liquid, stable or low-risk have been preferred.

A reactionary flight to quality or financial safety is to be expected. The bigger question is what the Federal Reserve will do in light of the additional stress on the financial system.  Rising short-term rates, higher energy prices, and slower economic growth are historical culprits of a recession.  We continue to expect that the Fed will raise short-term rates soon to combat inflation and return the Fed Funds rate to a neutral level it considers neither stimulative nor restrictive.  Given the additional uncertainty caused by the Ukraine-Russia conflict, the tightening cycle could be more measured than previously anticipated.

The phrase “Guns or Butter” was popularized by American Politician, William Jennings Bryan, around World War I and has since come to define the debate over the economic impact produced by government spending on defense versus social programs.  The invasion of Ukraine will tilt this debate firmly in favor of categories associated with the “guns” categories, specifically military, energy and industrials.  Sectors now deemed in the national interest, including as oil, cybersecurity, and defense should benefit from better appropriation, less regulatory pressure and bipartisan support.

An upending of the international status quo has significant consequences for the current energy policy of the US and its European allies.  Germany’s dependence on Russian gas now appears optimistically naïve.  Just prior to the Pandemic, the US became a net exporter of energy.  However, it still imports significant amounts of foreign oil and gas and remains a ‘price-taker’1 in global markets.  True energy independence includes being insulated from skyrocketing global oil prices.  To reach this it may require tapping inground reserves AND exporting to those countries which need to wean themselves off Russian exports.  It also entails addressing domestic pipelines and infrastructure.  Having reserves and excess capacity is useless unless it can be transported from the source to a port for export, storage or consumption.  New pipelines, although regularly vilified, may need to be built.

Another byproduct of a shift in national energy policy could affect the clean energy sectors.  Near-term, these industries are likely to be superseded by “drill baby drill” supporters, long-term however, energy security requires a diversified supply and carbon neutral component.  This includes the reconsideration of nuclear power plants.  While it is important to support these industries, the immediate impact of triple-digit oil prices will inevitably fuel domestic oil and gas production.

The goal of energy security, however, may not necessarily benefit investors universally.  Just as President Ronald Regan fostered the collapse of the Soviet Empire through aggressive arms spending during the first Cold War, the new path to political bankruptcy is through driving the price of oil well below the replacement cost.  At $100+ a barrel, Russia is making billions a day. By cutting its earnings 80%, the economic consequences of the invasion, with its financial sanctions and a faltering domestic economy, could cripple Putin’s regime.  So, while regulations may support more drilling and pumping, the long-term price of oil could be headed significantly lower for strategic reason.

Within Congress, other spending priorities may shift.  Certainly, appropriations for defense should benefit, with fewer funds available to shore up existing social programs or expand new ones.  A rationalization of our manufacturing capabilities is also likely to accelerate.  The Pandemic highlighted the vulnerabilities of outsourced manufacturing and reliance on Asia.  We are still experiencing the inflation byproduct of a fragile supply chain.  The invasion of Ukraine adds to the argument for more domestic capabilities.  As Western companies abandon operations and trillions in physical assets in Russia, future overseas investment decisions are more difficult given the change in risk/return profile of those calculations.

Vladimir Putin’s desire to reestablish the Soviet Empire and reclaim its lost republics has been well documented.  Since the 1990s, Russia has actively meddled in the politics of its Eastern European neighbors, seeking a sphere aligned with Russia, rather than Europe.  When unsuccessful, President Putin used military force in Georgia or simply annexed Crimea.  Yet in Ukraine, the democratic process thwarted Russia’s influence and the populous continued to lean westward and towards Europe.  Russia had little to fear from a more modern Ukraine but repeatedly expressed concerns over the expansion of NATO, believing Ukraine’s European aspirations were inextricable with eventual full NATO membership.  Apparently, this was akin to Russia’s new Cuban Missile Crisis and a more significant Bay of Pigs.  Back in 1961, the United States would not tolerate Soviet arms off the coast of Florida.  Russia’s actions indicate it could not accept a further extension of the European/America military alliance at its doorstep.

If the anti-NATO argument is valid or simply the pretext for Putin’s imperialist goals, only the Kremlin can know.  Russian neighbors, Estonia, Latvia and Norway, are full NATO members.  Regardless of whether Russia held legitimate security concerns, expected appeasement (once again), or underestimated Ukrainian resistance, its miscalculation will likely cause severe economic harm domestically and long-lasting geopolitical damage.  The conflict has forced the West into a delicate balance of supporting a sovereign democratic nation while avoiding another World War or nuclear conflict.

Invading a NATO ally would have been an entirely different proposition for Russia, due to the treaty’s security obligations.  Therefore, Putin may have acted preemptively to achieve a Russian-controlled Ukraine, while also reducing the chance of a wider conflict with more militarily-advanced Western nations.  While horrifying to see a larger country invade its unthreatening neighbor, for Russia the price of international isolation, financial sanctions, and the loss of life were a price it appears willing to pay.  Putin’s domestic popularity was very high and his hold on power absolute, so the decision to invade a neighbor was not a political one.  If history is to be any guide, most foreign incursions and occupations ultimately fail.

In addition to the risk of WWIII, there is concern that China will use the current conflict to reclaim Taiwan.  Certainly, this is an understandable fear, but an unlikely event.  First, the financial and economic sanctions of Russia’s invasion are significant and uncertain.  If anything, the expulsion from the global financial system, the withdrawal of multinational corporations, and the freezing of overseas assets, are unprecedented consequences and likely a substantial deterrent for China, which isn’t prepared for the coordinated economic isolation.  The Chinese economy needs global consumers, and the Communist Party wants jobs for its citizens.  While Russia may be willing to risk economic turmoil in route to reestablish a Soviet Empire, China lacks a petrodollar economy and has been risking a massive real estate collapse for several years.  A sustained economic crisis in China, combined with harsh Covid restrictions, could cause social unrest and be politically destabilizing.  It is more likely that China, which often makes strategic goals with generational time horizons, would seek to absorb Taiwan in some sort of manufactured bloodless crisis rather than a military invasion with sudden economic consequences.  Expect its leadership to act strategically rather than opportunistically.

We hope the situation in Ukraine resolves quickly, but the unprovoked invasion will permeate strained international relations elsewhere.  Ukraine actually had a security guarantee from Russia and Western nations obtained by relinquishing nuclear weapons after the fall of the Soviet Union.  Yet, the Budapest Memorandum on Security Assurances from 1994 were proven useless.  Now it is highly unlikely that North Korea, Pakistan, or Iran can be persuaded to denuclearize given the worthless assurances of such agreements.

Russia’s ejection from the global financial system is likely to accelerate a bifurcated alternative.  China, Russia, Iran, authoritarian regimes and rogue nations may well establish parallel global financial institutions to minimize the effectiveness of possible Western economic sanctions.  We are not experts in central banking mechanics, however any alternative to the current framework will not be dollar denominated.

As always, we are constantly assessing our portfolios and investment opportunities.  The Ukraine-Russia Conflict has important implications for specific industries and the international order.  As long-term, thematic investors, focused on quality growth companies, we may embrace new sectors.  What will not change however, is the concentrated nature of our portfolios and the focus on highly-profitable companies with secular opportunities.

Thank you for reading.

To determine if this Fund is an appropriate investment for you, carefully consider the Fund's investment objectives, risk factors and charges and expenses before investing. This and other information can be found in the Fund's Prospectus which may be obtained by calling 1-888-462-5386 or visiting our website at www.oakfunds.com. Please read it carefully before investing. Mutual fund investing involves risk, including possible loss of principal.

The statements and opinions expressed are those of the author and do not represent the opinions of Oak Associates or Ultimus Fund Distributors, LLC. All information is historical and not indicative of future results and is subject to change. Readers should not assume that an investment in the securities mentioned was profitable or would be profitable in the future. This information is not a recommendation to buy or sell.

This manager commentary represents an assessment of the market environment at a specific point in time and is not intended to be a forecast of future events, or a guarantee of future results. This information should not be relied upon by the reader as research or investment advice.

Past performance is no guarantee of future results. Investments are subject to market fluctuations, and a fund’s share price can fall because of weakness in the broad market, a particular industry, or a specific holding. The investment return and principal value of an investment will fluctuate so that an Investor’s shares, when redeemed, may be worth more or less than their original cost and current performance may be lower or higher than the performance quoted.

1 - A price-taker is an individual or company that must accept prevailing prices in a market, lacking the market share to influence market price on its own.

Ultimus Fund Solutions, LLC is not affiliated with Constant Contact.